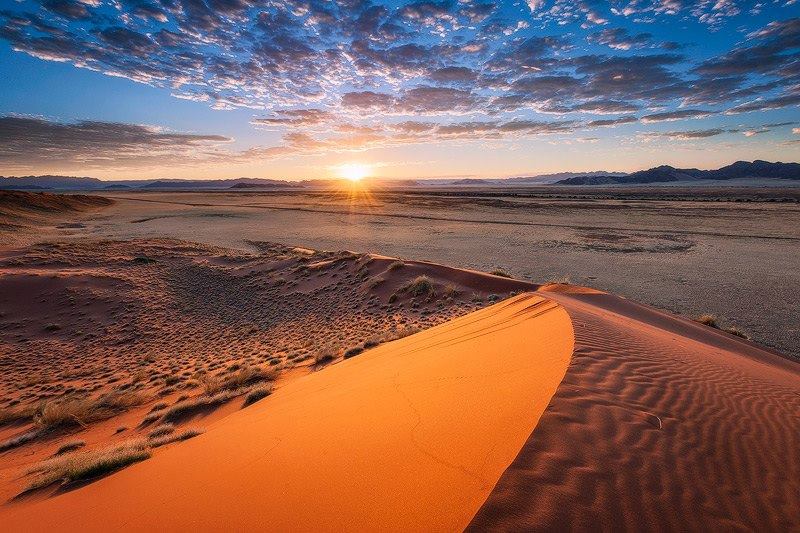 Nabirm’s focus on exploration efforts in Namibia is not based solely on its highly prospective geology, but also for the favourable political and business climate. NAMIBIA can be characterized as follows:

Namibia has been an active oil and gas exploration area since the 1960s. Initial exploration efforts were driven by large multinational companies and the first hydrocarbon discovery was the Kudu Gas Field by Chevron in 1974 (Kudu Field has proven resource of 1.45 TCF). Between 2013 – 2020, Namibia has generated significant regional activity with multiple majors and large independents securing acreage. This includes Exxon, Total, Shell,  Tullow, Galp Energia, Oranto, Lek Oil and Maurel et Prom. Namibia, a new frontier and home to a basin that rivals Eagle Ford in size and hopes to rival it in potential.The Kavango Basin, a 6.3-million-acre basin with a 12-billion-barrel original oil in place potential, and the entire basin was recently acquired by an ambitious Canadian explorer called Reconnaissance Energy Africa Ltd (TSXV: RECO, OTC: RECAF)

Reconnaissance Energy Africa is hoping to put Namibia on the map onshore, while supermajors such as Exxon, Shell and Total SA are hoping to bring Namibia fame offshore. A few years ago, during the shale boom, Recon Africa went looking for shale in Namibia and discovered a deep giant basin, the Kavango Basin. The Kavango Basin is an extension of the Permian Karoo shales of South Africa, Botswana and Namibia. It’s never seen a drill bit, yet it could become an analogue to one of the world’s largest shale discoveries in South Africa. The ultra-deep basin simulates in many ways the kind of environment you see in Eagle Ford:

Exxon (NYSE:XOM) recently acquired additional 7 million net acres from the Namibian government for a block extending from the shoreline to about 135 miles offshore in water depths up to 13,000 feet, with exploration activities to begin by the end of this year. What Exxon’s banking on is that Namibia, which once fit together with Brazil, shares the same geology as Brazil’s pre-salt bonanza basins, Santos and Campos, which have already proved enormously resource-rich, according to Deloitte.

In 2021, French oil giant Total SA (NYSE:TOT) launched a three-well drilling campaign that included one of the deepest wells ever drilled in Africa–two wells in Angola and one in Namibia.  Qatar Petroleum farmed into Total’s Namibia blocks.  Shell (NYSE:RDS.S) also delineated and drilled a  deep-water wildcat prospect offshore Namibia that spudded in 2021. Shell of course is a veteran in the African oil and gas game. The company began drilling in the region in the 1950s, and now has assets in over 20 countries across the continent.

Shell (SHEL) hit oil in Namibia during January 2022, and by mid February Upstream sources indicated the find could hold as much as 400mb of oil; following completion of an appraisal well, Upstream now indicates the find could hold as much as 2.0b barrels. It’s reported that the supermajor is now considering adding a floating LNG vessel, alongside a crude FPSO, as the discovery could hold as much as 5-6tcf of gas. Shell (SHEL) owns the block in partnership with Qatar Energy and state-owned Namcor. Importantly, Total (TTE) and Africa Oil (OTCPK:AOIFF) in control of a neighboring block, also made a discovery of  approximately +- 1.0b barrels.

Namibia remains an anomaly on the prolific Atlantic margin of Africa, with an extraordinary low drilling density. There are still only 15 offshore exploration wells along its 1600 km coastline despite the geology sharing several characteristics with other prolific provinces of the South Atlantic. Industry farm in activity has increased despite the downturn in prices. New information from dry wells drilled in 2018 has provided fresh insights into the regional geology and we believe that the time is right to continue Nabirm’s work in pinpointing the most prospective areas within Block 2113A.